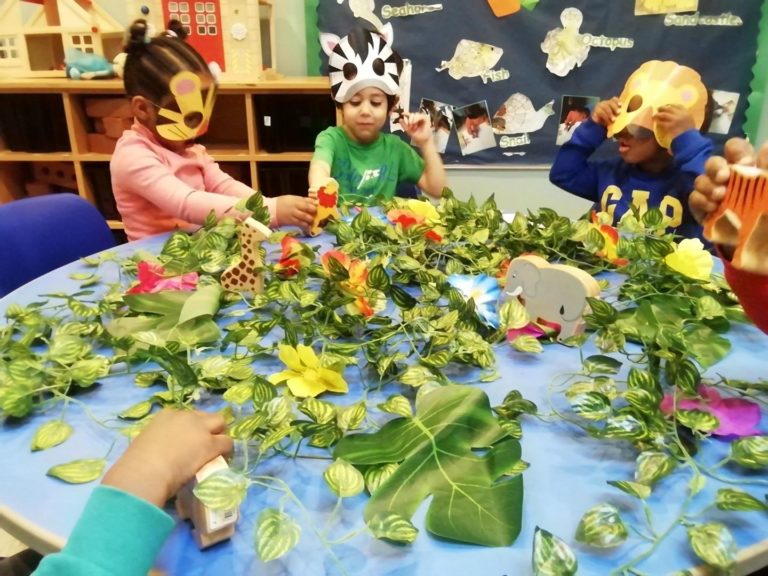 Tuesday morning at Kinder Daycare and Nursery’s preschool in Newton Heath children were roaming through the jungle finding what animals they can see through the vines, wild flowers and the deep blue lakes of the jungle. Tia asked the children if they knew different animals that belonged in the jungle and what different noises they made. We found different coloured wild flowers such as blue and orange, yellow and pinks. The children then picked mask of their choice and made the animal noises. 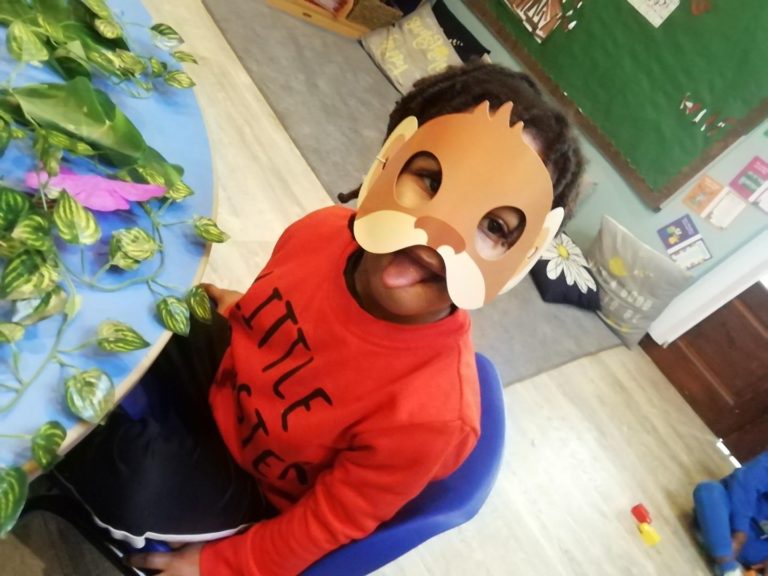 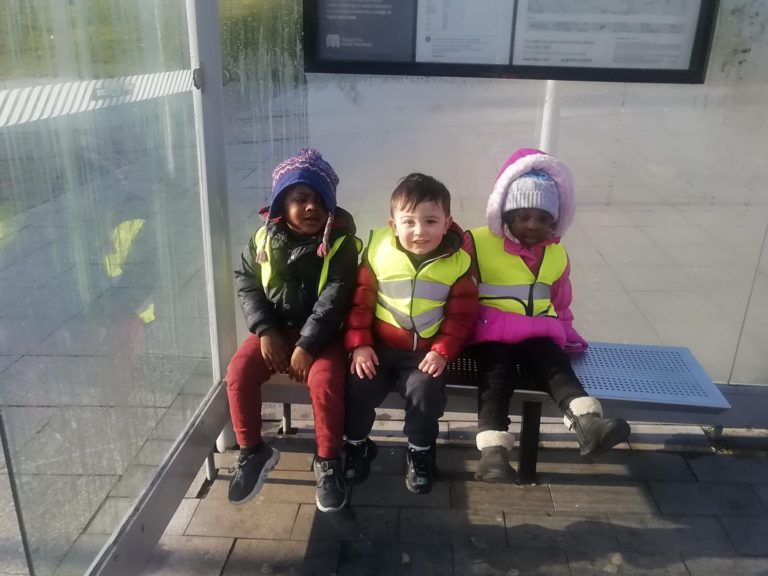 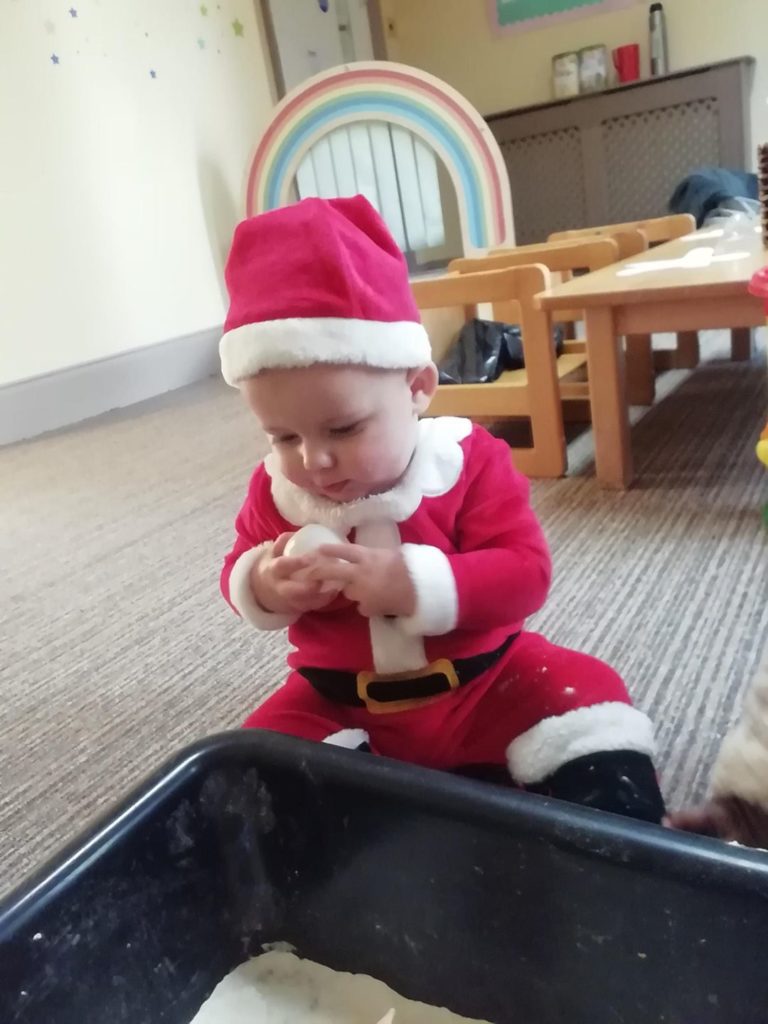 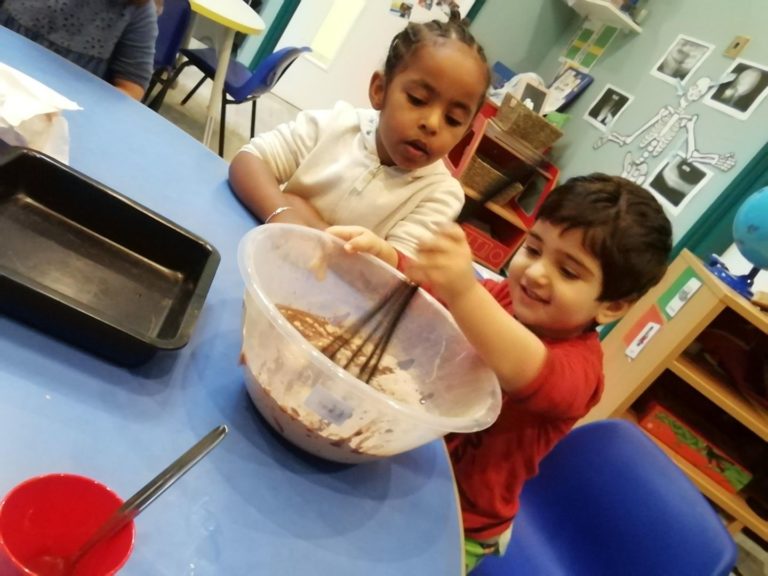 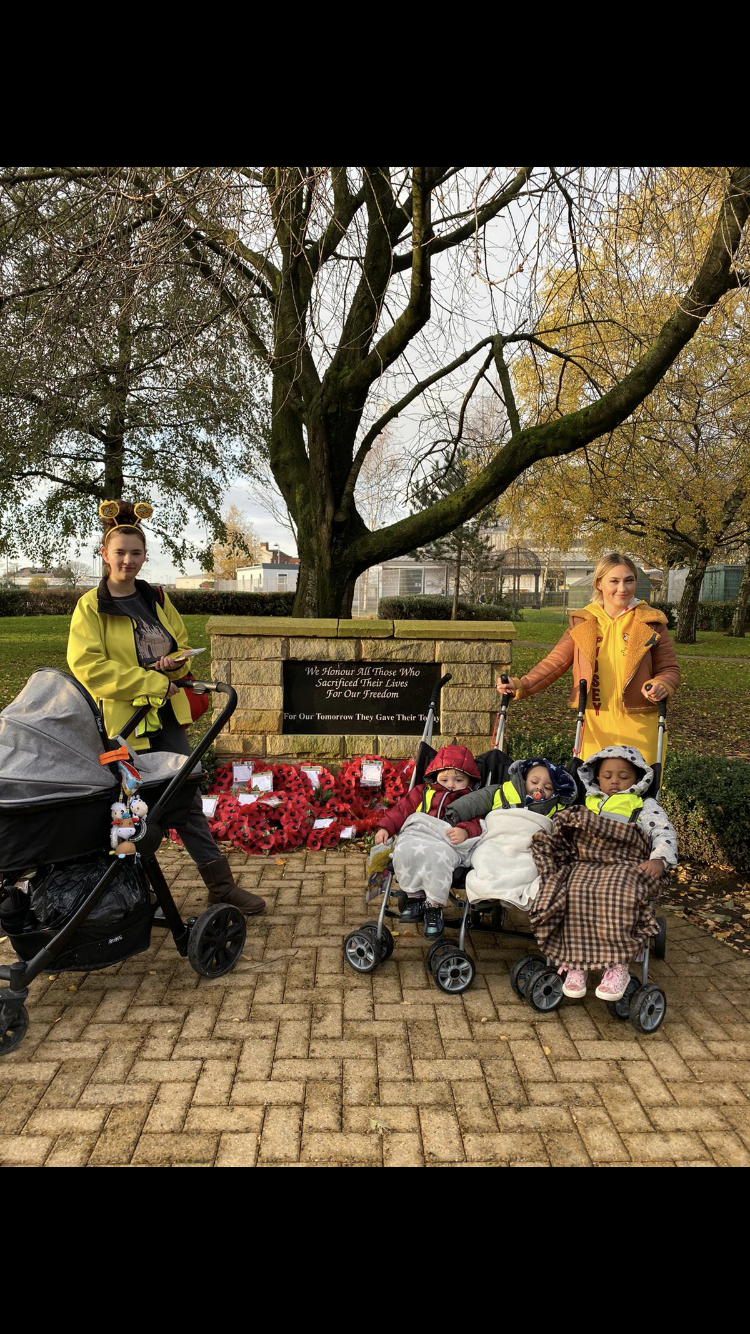 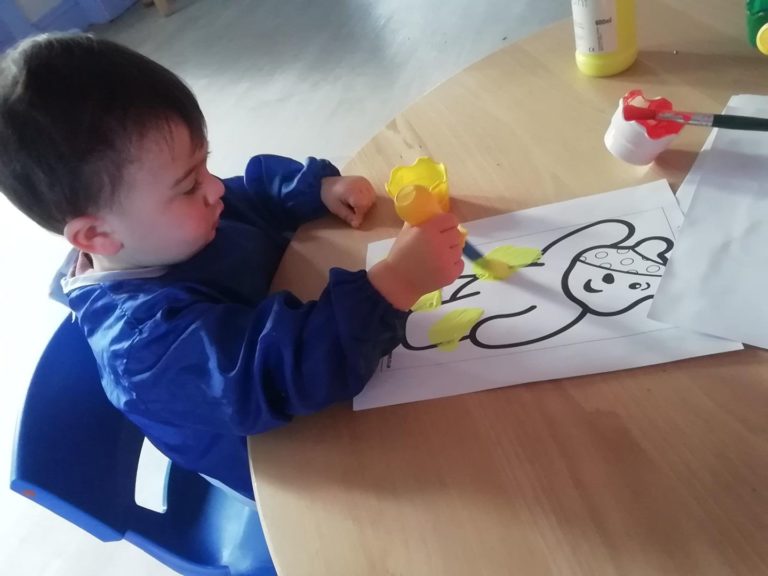 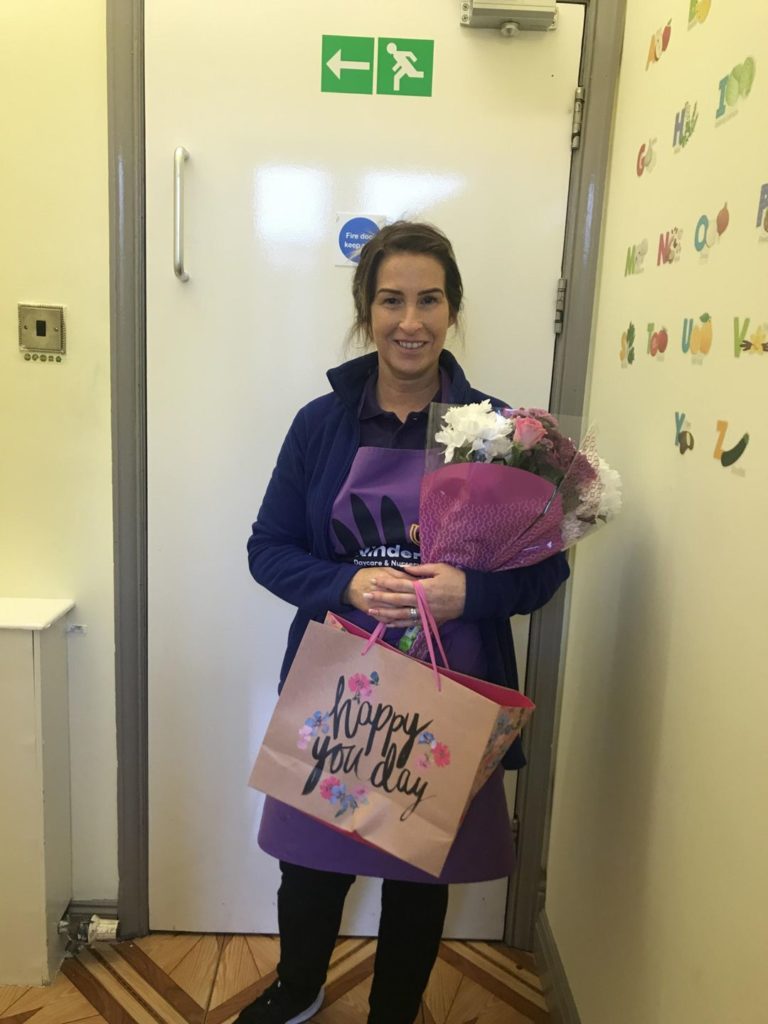 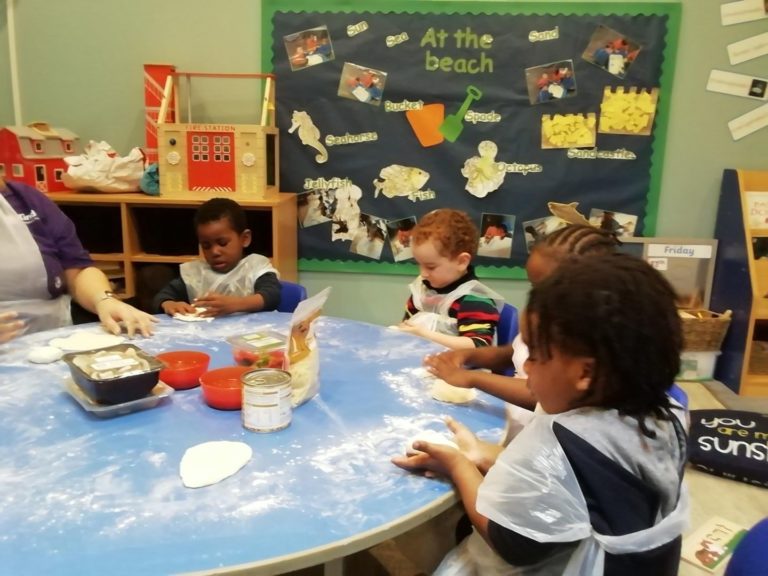 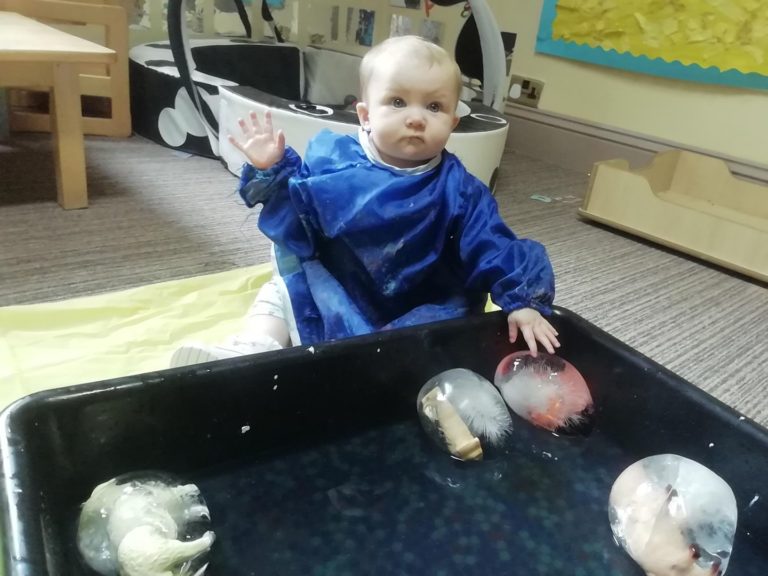 We'll be in touch to confirm your personal tour, and we will send you all the details you need. We look forward to welcoming you and your child to Kinder Daycare & Nursery!